Mudfish is a popular VPN application among gamers, and it is considered one the best VPN for gaming available for Windows, Mac, Linux, Android as well as iPhone. Mudfish is not a conventional VPN service; it is a kind of VPN service designed for boosting your network experience using various WAN Optimization techniques, promising your TCP or UDP connections would be more powerful and faster. In this Mudfish VPN app review, we will discuss what the app offers and how you can install it on your PC or smartphone. 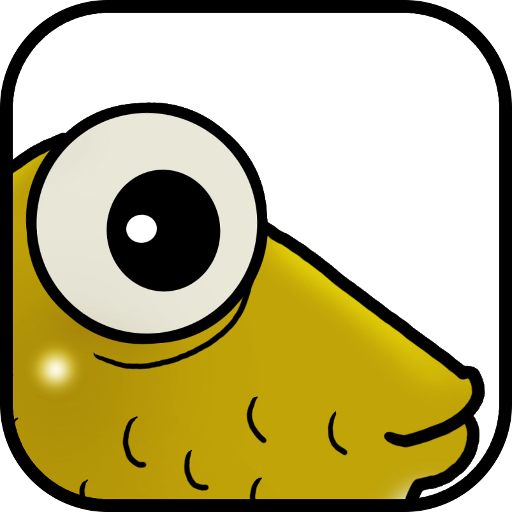 Mudfish VPN’s primary focus is to be a VPN for gamers who don’t need a conventional VPN in the first place. The VPN works excellent for optimizing gaming at a surprisingly low price.

Mudfish VPN was introduced in the market in 2013, but surprisingly many VPN users do not know about it. But as the online game gained its popularity, the VPN also became popular among the gaming community. Now, it is one of the most popular VPNs for online gaming.

The VPN is unique in so many ways and is built for all types of gamers. Let’s discuss some cool features of Mudfish VPN.

1. Robust Nodes In Many Locations

Nodes are servers, and for a VPN service, the number of nodes determines the service’s potential.  Mudfish delivers various nodes in a wide range of locations. All other nodes are high-performing, and Mudfish VPN has placed them in different areas for a strategic purpose. There more than 410 active servers operating as nodes are set by Mudfish VPN in other locations and still counting.

Mudfish VPN scattered their servers in various places so that gamers from different areas can access a node closer to their location.

When you are using a typical ISP, you share resources with other users connected to that ISP. As a result, your connection can suffer if the traffic rises, and that will result in lower speeds. But when you are using Mudfish, you can depend on its capacity to access servers in your desired region directly so that you can get faster uploads and downloads.

However, we should tell you that don’t expect too much as the speed improvement depends on your internet connection. So, for a better experience, upgrade your connection if required.

If you are a gaming person, you should know some games have geographic restrictions. As a result, gamers can not access those games from their locations.

In this case, a VPN service is the best solution to solve this problem. VPNs like Mudfish help you to access a game from its home country. In other words, you are connected to Mudfish VPN; you can play any game that is restricted in your country.

A high ping is not suitable for online gaming, and it can ruin your gaming experience. Mudfish VPN developed for gaming, the app excels at delivering low in-game pings to users. In this process, a gamer playing online games will not suffer for lags. Gamers will feel a reduction of close to 10-40ms pings after using Mudfish VPN.

How to Install and Use Mudfish VPN

Step 1 – Download Mudfish VPN from their official website. Please check your windows bits before downloading as they provide separate Exe files for 64 bits and 32 bits Windows.

Step 2 – Double click on the installation file. A pop-up window will arrive.

Step 4 – If you are installing Mudfish for the first time, you could encounter some problems. Like Windows can show you alert messages and ask your permission. Don’t worry; just click on “Install anyway.”

How to Use Mudfish on Windows

Step 2 –  Double click on the ”.dmg.” from the download. After double-clicking, the program will mount on the OS and show the folder. You can set up the Mudfish by copying the icon into the Applications folder.

Step 3 – The application will be installed automatically.

How to Use Mudfish on Mac OS X

In the Linux package, there are three executable binary files and the installation path would be always /opt/mudfish/$(VERSION)/bin/. Please note that $(VERSION) is vary depending on what version you’re installed.

How to use Mudfish on Linux

For Android and iOS

You can install Mudfish VPN on Android and iOS devices from Playstore or the Apple store.

How To Use Mudfish In Android and iOS

Cautions: In smartphones, the app always runs as Full VPN Mode. You can still determine where you want to use the app from the configuration menu.

Mudfish VPN: Things You Should Know

The privacy for Mudfish VPN is not adequate. The does not provide any declaration on what their encryption protocol is. So, even the “Full VPN” in Mudfish doesn’t clearly tell you what it does to protect user identity. So, if you are a private person, Mudfish can be a threat sometimes.

Moreover, if you are looking for a VPN to watch Netflix or torrenting, Mudfish is not an excellent option for you as it is not a streaming-focused VPN. But, if you are a gamer, this is the best VPN you can get.

If you can not use Mudfish VPN for some reason or simply don’t like their services, you can check any of the following for an alternative to Mudfish VPN.

How Safe Is Mudfish VPN?

Mudfish is primarily concerned with latency and RTT (roundtrip time) more than security. Suppose a VPN encrypts your data that slows down your rates, which is not positive for a great gaming experience. That’s why they do not tell their encryption technique. The app also stores user logs. In a nutshell, the app is not that safe you are using to protect your privacy.

Is Mudfish VPN good for streaming?

Mudfish tells themselves a system booster that can boost the streaming speed. But, the app is unable to unblock Netflix, Disney+, BBC player, etc. Other than these sites, you can use Mudfish for streaming.

Can I do torrenting with Mudfish?

Torrenting is forbidden in many countries for copyright issues. If you are caught doing this, you can face serious consequences. And as you know, Mudfish is not a fan of protecting your privacy. So, we do not recommend you to use Mudfish for torrenting.

How Much Mudfish Costs?

Mudfish subscription plan starts from the US $2.99. Remember, Mudfish VPN is a traffic base subscription, and you have to purchase packages according to your need.

If you’re a passionate gamer or a gambler who wants to play them the best way you could or gamble with the best available rate, then we recommend Mudfish. This is an excellent app for playing online games without any trouble. Moreover, you can install Mudfish VPN on any device from mobile to PC.